Sincerely,
Your humble correspondent with glasses.
Posted by john at 7:43 AM 1 comment:

which is not a person but rather a program on KMTT 103.7 FM in Seattle. I opted for "ignore" on this request. It wasn't because I don't know how one can be friends with a show. It was because when I used to hear the show, it behaved in a way I thought unfriendly. I think if an entity wants to be treated as a person within online social networks, it should expect the same treatment given to human beings. Here's what I wrote back to them:

I deeply respect and admire all you've done to promote comedy but I cannot accept you as a friend because you offend me. (feels weird to talk to a show as if it were a person, I understand the show and Marty are different entities).

I no longer live in Seattle but when I did I was a regular listener to the 5:20 Funny. But on more than one occasion, I would hear jokes using the word "midget". That's a word seen as offensive to many people, including most in the little people community. It has its roots in 19th century freak shows and the people who use it today tend to mean it in that same demeaning, dehumanizing way. It's not funny, it's cruel, just like any racist or homophobic joke would be.

I would occasionally write to you when one of these jokes aired but rarely got a response. I know that not everyone is going to love every joke and I know that shock and offense are sometimes part of comedy. But you wouldn't air a racial slur meant in a cruel way so I don't think you should allow slurs that demean people born with an anomalous genetic condition.

I think if one of my real life friends repeatedly used the word "midget", they would cease to be my friend. My daughter was born with dwarfism and anyone who demeans her is no friend of mine. 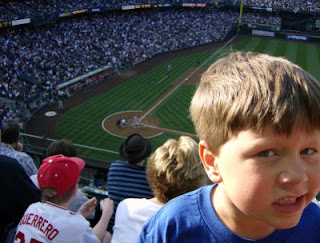 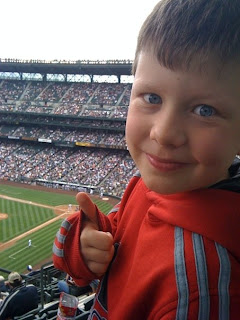 Holy smokes, have I really been gone a month?

Guess so. Neck deep in new project at work that I hope can become public in the not too distant future. Meanwhile, I came across this thing at Kevin Kelly's website. He's one of those transcending-technology types and just unfairly smart. He's making a larger point about inevitable innovations vs. ones that you can control. So for instance adolescence is inevitable, pimples are not, phones are inevitable, iPhones are not. And he says:

Ordinary Roman carts were constructed to match the width of Imperial Roman war chariots because it was easier to follow the ruts in the road left by the war chariots. The chariots were sized to accommodate the width of two large war horses, which translates into our English measurement as a width of 4’ 8.5”. Roads throughout the vast Roman empire were built to this spec. When the legions of Rome marched into Britain, they constructed long distance imperial roads 4’ 8.5” wide. When the English started building tramways, they used the same width so the same horse carriages could be used. And when they started building railways with horseless carriages, naturally the rails were 4’ 8.5” wide. Imported laborers from the British Isles built the first railways in the Americas using the same tools and jigs they were used to. Fast forward to the US Space shuttle, which is built in parts around the country and assembled in Florida. Because the two large solid fuel rocket engines on the side of the launch Shuttle were sent by railroad from Utah, and that line transversed a tunnel not much wider than the standard track, the rockets themselves could not be much wider than 4’ 8.5.” As one wag concluded: “So, a major Space Shuttle design feature of what is arguably the world’s most advanced transportation system was determined over two thousand years ago by the width of two horses’ arse.” More or less, this is how technology constrains itself over time.