A Conversation with Charlie (Age 6) About The Lord

(he discovers a little plastic noisemaker toy where two hands smack together, printed on one hand is "Clap Your Hands for the Lord!")

HIM: Dad, what is the Lord?
ME: God. They're talking about God.
HIM: Clap your hands for the Lord. Is it Lord Voldemort?
ME: No, it's God. Why would they make something encouraging you to clap for Lord Voldemort?
HIM: Maybe it's an evil toy.
ME: It's not an evil toy.
HIM: Is it a Sith Lord? Clap your hands for Emperor Palpatine?
ME: No! It's just God. Not everything is Star Wars or Harry Potter. It's just God.
HIM: Okay. (long pause) Maybe it's an evil god.
Posted by john at 10:13 AM No comments:

Hotdish On A Stick

So my recent discussion of the introductory (introductive?) powers of Midwesterners spurred some discussion about "hotdish", the Wikipedia entry of which was nicely provided by dear friend Money J Money Nine. Through that entry, I found out about Hotdish On A Stick, served at the Minnesota State Fair last year.

And, I just can't describe how I feel about it. I mean...I wrote a book...I'm a journalist...I'm actually quite good at coming up with words but Hotdish On A Stick? Nothing.

I still love Seattle. It's still home.
Posted by john at 1:47 PM No comments:

Hello. My name is John Moe.

So I was at Caribou Coffee this morning. It's a Midwest coffee chain. And the barista was serving up drinks to customers and saying stuff like, "Here you go, Tom" and "Haven't seen you in a while, Jeff" and they were saying, "Thanks, see you later, Gail".

And I thought, wow, they all know each other! What are the odds that they are all acquainted socially outside the inherently impersonal arena of coffee service? Maybe they...grew...up together?...? But then I realized that no, they had just introduced themselves properly at some point. People do that here. They have names and use them. That doesn't always happen in my native Northwest.

A couple of weeks ago, we were at a school picnic and my (Midwestern) wife introduced herself to a table full of people where Charlie (age 6) was sitting with a friend. "Hi, I'm Jill Moe," she said, "I'm Charlie and Kate's mom." Some of them smiled and said, like, "Oh."

And that was it. What's. Your. Name. ?. It's not hard, folks. I've heard similar complaints about LA. Your parents worked hard to give you that name. Use it.


Update: I refer to eating casserole in the comments. But Midwesterners have told me, politely of course and by name, that it's called "hotdish" over there. Glad I didn't even attempt the whole pop/soda thing.
Posted by john at 8:11 AM 7 comments:

For someone who makes his living doing public stuff, I realize that I don't do much self promotion on this site. The book, yes, but not much else. I think it's a combination of not wanting to come off as a self-aggrandizing jerk and also just wanting to have a place where it's not about editors and engineers and publishers and what readers/listeners/fans think.

Anyway, this week is kind of interesting. I'm hosting Weekend America all by myself this weekend. I've co-hosted it a bunch before but this is kind of a unique thing. Not that I've bound Bill Radke up in duct tape and put him in a storage locker, which I certainly have NOT, especially not in locker 5B at Fred's U-Storage near the Los Angeles airport. But it's just me this week and if you'd like to besiege American Public Media demanding I get a weekly four hour program and an 800% pay increase, well, I'm powerless to stop you.

The show can be heard here as of Saturday.
Posted by john at 9:29 AM 1 comment:

Not the actual saint, just the Minnesota city named after him. Here's what St. Paul has:

- Big metal statues of Peanuts characters (Charles Schulz was born here, would have been cooler if he wasn't and they just decided to put them up)
- Palatial Minnesota Public Radio studios that make all other public radio facilities look like shelters for 19th century cannery workers
- Animatronic 90-foot tall Garrison Keillor that smashes cars at random
- A great radio station, The Current, which is a lot like Seattle's KEXP except I occasionally know one of the bands being played on The Current
- Lakes! Lakes! Lakes!
- Lightning!
- My heart.
Posted by john at 2:29 PM 1 comment:

We Have a Winner for Political Quote of the Year

Thanks for your entries, everyone, but John Boehner takes the prize with:

"I promised the President today that I wouldn't say anything bad about ... this piece of shit bill"

1. "Wolfmother"
Based on the song Dimension, one of the players hides, then, when the other players come to seek, everyone screams just like they do in the song. Repeat.

2. "I Think I Smell A Rat"
Based on the song by the White Stripes, one person hides and is "the rat". Then one other person, or possibly more, looks for them while saying "I think I smell a rat!". Then the rat jumps out. Repeat.
Posted by john at 8:39 PM 1 comment:

He doesn't need to know that his most #1-est song has been taken over by the cast of, apparently, a Fox drama about post-collegiate life.
Posted by john at 8:02 AM 1 comment:

I think this new Modest Mouse record just gets better every time I listen. I don't know why lead singer Isaac Brock decided to mostly sing like a combination of Tom Waits and Cookie Monster on a fistful of amphetamines, but I like it! They have Johnny Marr in the band now, the old guitarist for The Smiths. Who'd have thought a bunch of dudes from Issaquah would have the guy from The Smiths in their band.
Posted by john at 10:26 AM 1 comment:

I am not. At least according to this cool index of famousesque Seattle folk.
Posted by john at 2:40 PM 2 comments: 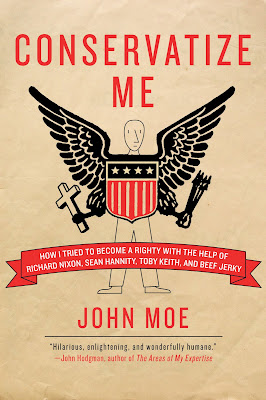 Rules for Rock, Paper, Scissors as Established by Charlie (age 6)

Rock crushes scissors
Scissors cut paper
Paper covers rock but it really ought not to
Cake gets cut by scissors
Rock crushes cake
Cake stains paper
Blue whale swallows rock, scissors, and paper
Missile does not hurt blue whale because there are no missiles in this game
Jupiter obliterates blue whale
Salad loses to everything and wait there is no salad in this game either
Black holes don't count
Posted by john at 10:25 AM 2 comments:

Rented For Your Consideration this week. Okay movie. I dug around on the iMDB page of it and ran across this short. It tells the story, in faux Ken Burns style, of the Old Negro Space Program. Full movie below, ten minutes but well worth your time.

Other nights I would really like to see on American Idol: